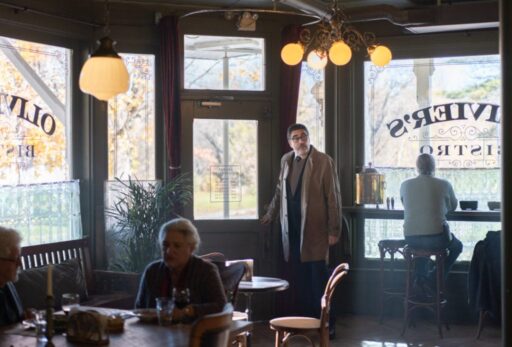 We all love a good crunchy crime drama and one of Prime Video’s latest series, Three Pines, seems like the perfect dish to satisfy our murder mystery appetites.

As each case in the series of murder mystery series slowly brings us closer to its finale, attention is beginning to turn to whether Three Pines will return to Prime Video for Season 2.

What is Three Pins about?

Based on the novel series by author Louise Penny, the series follows Chief Inspector Armand Gamache as he is brought in to investigate a series of cases in the quaint Quebec village of Three Pines.

Despite its idyllic and alluring location, the town has recently been plagued by a series of sinister murders and Gamache and his team must work to convince the eccentric residents to uncover the dark secrets lurking beneath the surface.

But in addition to having to solve the seemingly endless string of murders, there’s an ongoing case that haunts Gamache in the form of a young native girl whose disappearance hasn’t been properly investigated.

While the first season of Three Pines is still underway, Amazon has yet to officially greenlight a second season of the crime drama.

However, the show’s lead actor, Alfred Molina, has already teased that there are plans in place for Season 2 of Three Pines.

Speaking to Broadcast earlier in 2022, the actor hinted that more episodes are on the horizon.

Molina also added: “It is [Gamache] the best role I’ve had on television, because of all its contradictions. He’s a man of taste, but I think he’s a bit of a snob.

“He seems to have endless patience with people who aren’t doing exactly what he needs them to do, but also takes the time to point out where they’re wrong.”

There is a lot of source material to work from

While Amazon has yet to officially announce a second season of Three Pines, there is one factor that puts the series in good stead for renewal.

It’s the fact that Louise Penny’s Gamache series of novels spans 18 books, which means the writers of the series shouldn’t run out of source material to work from.

However, as we saw in season 1, the writers of Three Pines have already created their own mysteries for Armand Gamache to solve, as only one of the four mysteries shares a title with one of Penny’s novels, The Month. the most cruel.

Read also Extraordinary Attorney Woo season 1, episode 6 recap – “If I were a whale…”

Crash Course in Romance Season 1 Episodes 7 and 8 Release Date, Time and Where to Watch