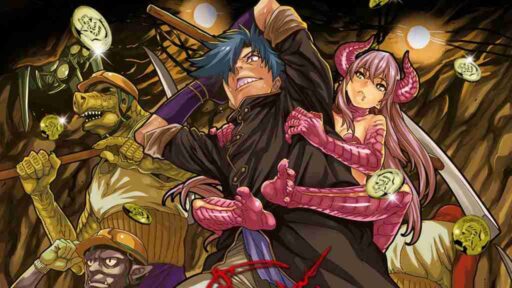 Miss Shia had a meeting with senior officials, who praised her great achievements. Kinji continues to lend in the morning and work in the dungeon, countering various monsters. Let’s see what the latest episode of The Dungeon of Black Company has to offer. The superiors ask Shia if she acquired the Philosopher’s Stone on the fifth floor of Faria Dungeon. Shia replies that she did it alone because everyone worked hard for the company. Senior officials reveal that a group of promising recruits is returning from their corporate training retreat.

Shia promised the superiors that she would work hard and achieve high ranks. Meanwhile, the boss tells the workers that they are no longer humans but pigs in the mine. Boss Pig continues to poke fun at the workers, telling them they are trash, dummies, and a bunch of losers. The workers keep saying thank you, boss. Boss Pig realizes that Kinji doesn’t give thanks like the other workers and confronts him. He asks Kinji if he has an attitude problem. Kinji yells “thank you boss” and leaves him.

Boss Pig comments that he is going to form sums like them in his favorite type of pig. He tells them it’s Pig Pen Island and tells them to work hard. They both wear the dungeon gear and head to training. The title of the episode is “Fun on the Corporate Training Trip.” Boss Pig is furious when one of the workers is afraid to confront a three-headed wolf. The guy begs for his life, cries, and wets his pants. Boss Pig comments that the only thing this scum can do is charge and fight.

Previously on The dungeon of black company Episode 3

Kinji realizes that he has hatched a perfect plan, but Boss Pig says something else. Kinji remembers that he was hiding something and they will transfer it to Group 3 of the Exploration Division, which has a lot of freedom. He’s up to something to dethrone the top executives and lead the company to become a NEET winner around the world. Wanibe calls out Kinji’s name, thinking that he will help them defeat the monster.

Boss Pig realizes that these guys are a lot of scared cats and presses the button to blow up the three headed wolf. Kinji is relieved that they don’t have to fight the monsters. Boss Pig tells the workers that it is too early to go into a dungeon. They head outside, and the Boss Pig amuses himself eating the meat in front of the workers. The workers are tired and feel that Boss Pig is punishing them.

Boss Pig tells them that he is going to be training all day and that they need to hang on. Your next mission is to climb the mountain at full speed to increase your stamina. One of the workers complains that he has not eaten since yesterday. Boss Cochon responds that the purpose of the trip is to teach them how to work and how to earn money. Since they have not produced anything, they are not allowed to eat.

Boss Pig drops the meat and tells the workers to pick it up and eat it. They realize that he is playing tricks on them and decide to go to the mountains. Along the way, Kinji collapses with hunger and wants to eat the grass. Wanibe is still Kinji, who is a herb of confusion, and if he eats it, his mind will be confused. Kinji realizes that Wanibe knows a lot about wild plants. Later, the workers reach the top of the mountain and Boss Pig arrives in a truck. Boss Pig tells workers that they need to develop a spinal column before resistance training.

Kinji is furious because the boy is enjoying all the luxuries and because they are suffering without even eating or drinking. Boss Pig told the workers that he was going to beat the rotten grain back into shape. They enter the room and he starts beating them with ninja tools. Boss Pig tells them that they are just badass. Later, Kinji and Wanibe capture Shia and tell him that she is one of them and that she will be working for the Dungeon Black Company. They realize that she wanted to reveal to them that they are working with different monsters.

The release date for Episode 4 of The Dungeon of Black Company is July 30, 2021.