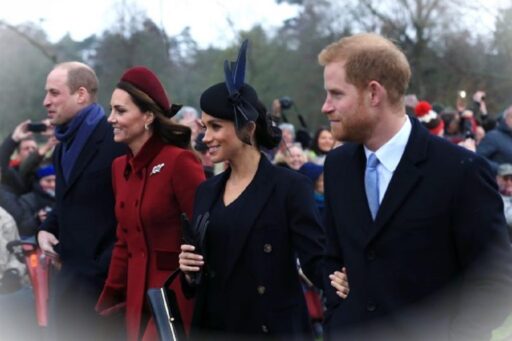 Prince Harry and Prince William remain at odds, and Kate Middleton is reportedly constantly playing the peacemaker to mend the brothers’ relationship. But it looks like the public wants Meghan Markle’s husband to apologize to the Duke of Cambridge instead.

A new survey for the express revealed that people want Prince Harry to take the first step towards reconciliation. Prince William is reportedly still mourning the rupture in their relationship and his friends see little chance of reparation in the foreseeable future. They added that they were at rock bottom and the chances of recovery were slim.

A source told the Daily Mailthat the future king alternately mourns what he has lost and is angry at what his brother has done. Despite the feud, he genuinely loves his younger brother and feels he’s lost the only person who understands the strange life they lead – aside from his wife.

But he believes there are things you just don’t do, and Harry has 100 percent crossed that line, the insider continued. The second in line to the throne believes the Duke of Sussex disrespected Queen Elizabeth II and her family.

So the Express conducted a poll to ask its readers if they think Prince Harry should apologize to Prince William to end their argument. The poll ran for five days, from Saturday 18 June to Thursday 23 June, and was answered by 6,501 people.

Of these, 80 percent or 5,188 participants voted yes, while only 17 percent or 1,138 said no. Three percent, or 175 participants, were unsure whether the father of two should apologize to his older brother.

Many readers also felt that Prince Harry should apologize to Prince William, even if the trust between the two was no longer solid.

The feud between Prince Harry and Prince William has reportedly started since the Sussexes stepped down as senior royals in 2020. Although it’s been two years, Kate Middleton remains hopeful that the two will reconcile and is willing to do anything to help mend their relationship.

An insider revealed Us Weeklythat the Duchess of Cambridge could save the relationship between the two princes. She reportedly feels that despite everything that has happened, Prince William still feels the loss of his brother.

Hence, she plays the peacemaker, although her efforts seem to be unsuccessful. Kate Middleton has done everything from calling Prince Harry in Montecito to asking her to shake hands with Prince William on his birthday, but the boys are both said to be stubborn, so there’s not much hope.