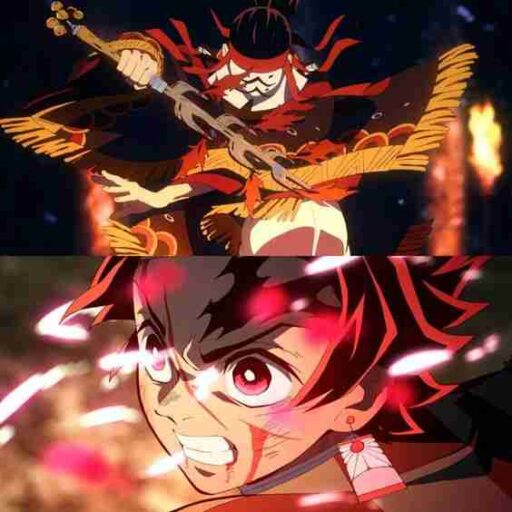 Demon Slayer season 2 is perhaps one of the most anticipated anime of this year. After the record-breaking success of season 1 and the movie, it makes sense for people to rave about this series for more updates. Demon Slayer is a popular shonen manga by Koyoharu Goutuge. The manga has been in the top 5 for a few months now. Its anime adaptation has gathered a large fan base for the entire franchise. Demon Slayer season 2 is huge news among anime fans around the world. Everyone is dying to see the new images and trailers for the next anime. It’s no wonder Ufotable has thrilled audiences with their performances in the anime so far. If we add to that the exceptional cast of the anime, we understand why the second season of Demon Slayer is great news.

Demon Slayer season 1 premiered in 2019, and in 2020 the sequel to the film Mugen Train was released. The anime’s plot revolves around a whimsical plot about demons that terrorized people. To stop them, elite fighters called Demon Slayers train hard. The protagonist of the anime is Tanjiro Kamado, whose entire family was killed by a demon, and his sister also became a demon. To bring her back to life, Tanjiro decides to seek a cure and become a demon hunter to achieve it. The anime received an exceptional response from its fans. Demon Slayer has a lot of great characters that make it even more amazing to watch.

Are you looking forward to the new season of Demon Slayer? Here’s everything we know about Demon Slayer season 2 and where to find it.

Demon Slayer season 2 has been confirmed by production company Aniplex. The second season of the anime was confirmed earlier this year in February 2021. It will follow the events of the manga after the Mugen Train arc. The next arc to appear in the anime is the Entertainment District arc, which will focus primarily on the pillar of sound, Uzui Tengen.

The premiere date for Demon Slayer season 2 has yet to be announced. However, it has been confirmed that the season will air in 2021 if no issues arise.

Haruo Sotozaki is the series director, and the character designs are drawn by Akira Matsushima. Additionally, all of the cast members will also be reprising their roles this season. All new updates to the series are coming soon.

The official trailer for Demon Slayer season 2 was released on July 5, 2021. It was packed with another set of great animation. Demon Slayer season 2 instantly became a highly anticipated anime. The trailer gives us a glimpse of many important characters from this season, including the Antagonist.

The Demon Slayer season 2 trailer has been viewed 3.7 million times. His computer graphics and character design made his fans hold their breath.

On July 21, another Key Visual of the anime was released. This time the creators have given us more information about the anime.

Where to watch Demon Slayer season 2?

The anime will originally air on 30 stations and channels. This includes Fuji TV, Tokyo MX, and many more for Japanese viewers. For international viewers, the anime has been licensed by Funimation. This information was updated in the official key visual released on July 21.

The anime that broke into the anime industry was released in 2019. It was created at Ufotable Studios and produced by Aniplex. Demon Slayer season 1 is currently streaming on Netflix. The anime film became the second highest paid animated film. It even beat the box office record for the Oscar-winning animated film, Spirited Away. If you haven’t seen the series yet, we highly recommend it!